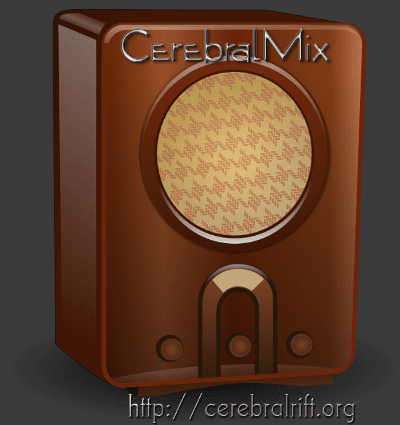 Last year, an artist who goes by the stage name Ergo Phizmiz released a work on the Headphonica Netlable to rival all releases: a single 14 hour work called “The Faust Cycle”. I attempted to listen to the whole piece one hour per day for two weeks, and write a review as I listened to each segment.

I managed to succeed in listening to the whole piece, but after ten entries on the website life intervened and I never did get back to finish writing up the entries. However, the piece was very good, somewhat confusing at points, but always kept the listener on his or her toes with new musical inventions, or narrative twists and turns that would have made Jorge Louis Borges proud.

Recently Headphonica released a new work: The Faust Re.Cycled. This is a series of 22 remixes based on the Faust Cycle. The moment I saw this release I had to have it: at least in this form it is possible for me to include some pieces of The Faust Cycle in the CerebralMix. (Aside: some podcasts have used excerpts from The Faust Cycle, and at least one streaming radio show has played the whole piece…however, I felt neither approach would be beneficial to this audience.)

The idea of including some of the remixes in the CerebralMix started me thinking: what else would I play? What else could match up to it? Well, I think I’ve come up with an entertaining theme based around the character of Faust… A theme that I will let “speak” (or play) for itself.